Oh Christmas tree! Every year we string lights, hang ornaments, and affix stars atop pine trees we’ve carried into our houses, and yet many of us don’t fully understand the history of Christmas trees. When did people first begin decorating trees in their homes? For how long have they been a widely embraced feature of American Christmas celebrations? When did artificial trees begin to infringe upon the sale of real, fresh Christmas trees? Today we’re turning back the clock to explore the holiday traditions of yore. The History of Christmas Trees

First, it’s important to note that even before the advent of Christianity, evergreen trees and plants were valued in bleak wintertime. People would sometimes hang boughs of evergreens over their doors and windows. Most everyone appreciated their green color, but some also believed that evergreens could keep witches, ghosts, evil spirits, and even illnesses away from their homes in wintertime. From the ancient Egyptians and Romans to the Druids and Vikings, people have been decorating with evergreens for centuries.

The Origin of Christmas Trees

So where did decorated pine trees and Christmas cross paths? The credit belongs to 16th-century Germans, who began bringing evergreen trees into their homes and decorating them to celebrate Christmas. It is said that Martin Luther, the catalyst of the Protestant Reformation, was the first to add lighted candles to a Christmas tree. Thankfully, this fire hazard of a tradition has been replaced by string lights.

When Christmas Trees Traveled to America

Did you know that most 19th-century Americans found Christmas trees bizarre? Although German settlers set up community Christmas trees in the 1700s, the majority of Americans believed Christmas trees were disgraceful pagan symbols until as late as the 1840s. Early Americans chose to celebrate Christmas with a church service and little else. Several factors influenced Americans’ change of heart, including the immigration of many German and Irish people and the fact that Queen Victoria and her family were sketched in 1846 standing around a Christmas tree. By the late 1800s and early 1900s, many Americans adored Christmas trees and decorated them with homemade ornaments. German-Americans focused on food-related tree decor, including apples, nuts, marzipan cookies, and strings of popcorn and berries.

SELECTED FOR YOU:  Spiritual Activities for Seniors

The Introduction of Artificial Trees

Artificial Christmas trees have been around since the 19th century in Germany. Some versions included goose feathers that were dyed green and attached to wire branches. The first brush-bristle Christmas tree dates back to 1930 and was created by Addis Housewares Company, which is based in the United Kingdom. Aluminum trees came around in 1958 and were sold through the 1970s, but sales dropped when the trees were criticized in A Charlie Brown Christmas in 1965. These days, many Americans use plastic, pre-lit trees that look remarkably real. According to an estimate by the American Christmas Tree Association, 82 percent of Christmas trees on display were artificial in 2018 (source). Why are fake trees so popular? Many families prefer the convenience, longevity, and long-term affordability of artificial trees.

Christmas trees take on different forms in homes around the world. Some Mexican families use a bare branch from a copal tree because pine trees are scarce. In Brazil, Christmas trees are often decorated with cotton that is meant to look like snow. And in Norway, parents decorate the tree in secret while the children wait with great anticipation outside. If you’re looking for a way to spice up your holiday season, why not incorporate one of these international traditions into your Christmas tree decorating?

If you’re looking for a new home where you can enjoy your golden years, check out The Shores of Lake Phalen in Maplewood, Minnesota. Located in a wooded setting near two lakes, our community offers apartment-style housing with the atmosphere and elegance of a resort. Thanks to the team of dedicated staff members, residents enjoy a carefree lifestyle without the common worries of running a household. Schedule a tour to explore our community or give us a call at 651-777-7784. We look forward to hearing from you!

SELECTED FOR YOU:  Defensive Driving 101 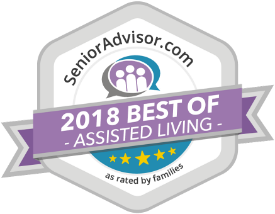